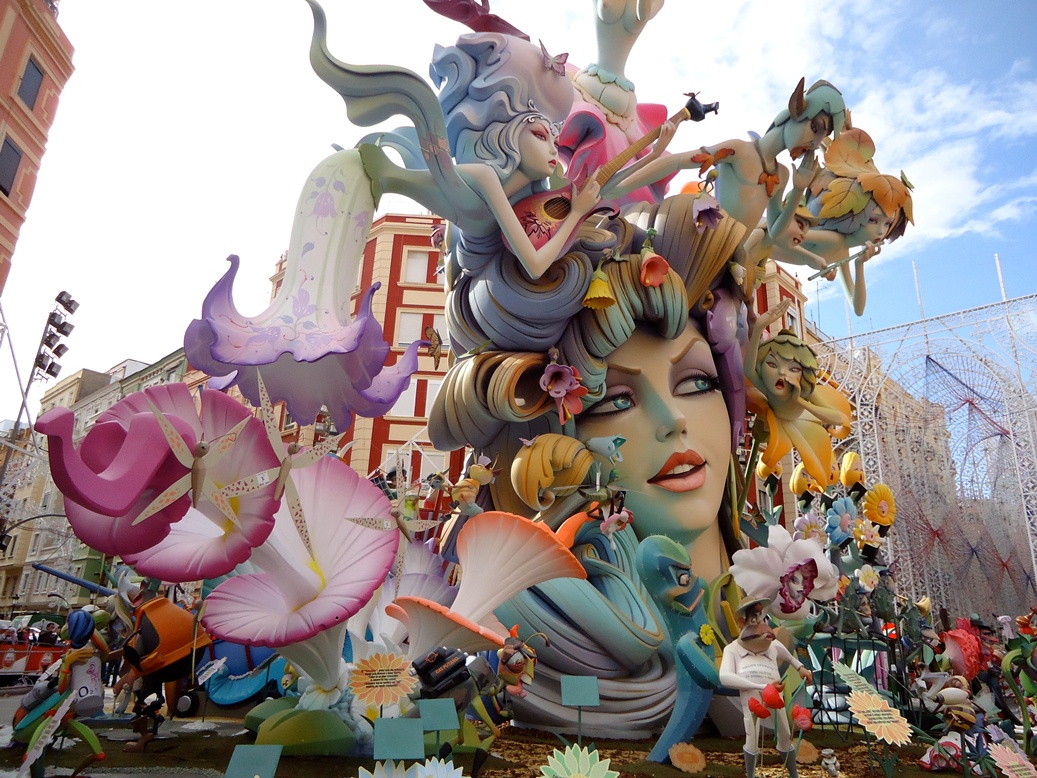 Last December excitement and delight spread to the city of Valencia: the Fallas festivity was declared UNESCO’s Cultural Heritage by the United Nations in Ethiopia!

But what are the Fallas?

The Fallas Festivity is a tradition of communities taking place every March in Valencia to celebrate the coming of spring.

The falla is a monument made of ninots (up to 10 metres caricature pieces) created by the locals and craftspeople with satirical reference to current issues.

Throughout the month every district of the city is enlightened, the falleros and falleras (people taking part to the event) parade the streets, outdoor meals are held and fireworks (mascletàs) are staged every day at 2 pm at the town hall.

The Fallas reaches its peak from March 14th to 19th, when the sky of Valencia is filled with fireworks, the falleros are rewarded and the fallas are finally burnt.

With some 1.5 million people attending the 2016 edition, the Fallas has been designated an event of international tourism interest by the Spanish government. 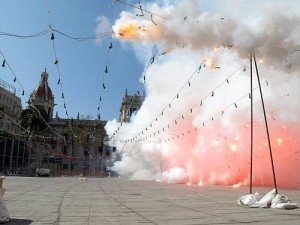 Mascletà From 1st to 19th of March, at 2 pm, a mascletà show is held at the town hall square (Plaza Ayuntamiento).  Hundreds of people meet to attend to the gunpowder explosions beating out an unique sound.

La plantà – night between 15th and 16th of March

La plantè refers to the installation of the falla. The falleros and falleras get together to work all night long on setting them up.

During this morning the falleros and their commissions meet at the town hall square to collect their prizes. To decide upon the winners, a jury visits all the districts’ sculptures, including the children’s ones. There are over 750!

Every night at 12 pm people gather on Paseo de la Alameda to enjoy the fireworks. The Nit del Foc, the Night of Fire in English, held at 1:30 am on Sunday 19th, is one of the most important fireworks of the festivity.

Every fallas commissions parade the streets from their respective districts to the Virgin Square to offer flowers to Our Lady of the Forsaken, the Patron Saint of Valencia, from 4 pm until past nightfall. With all of the bunches of flowers given by the falleras to the Virgin an impressive 15 metre-high tapestry is formed at the main façade of the Basilica. 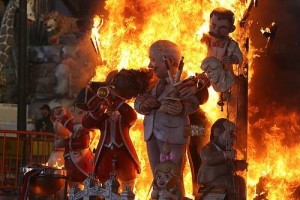 On the 19th March, the children’s sculptures start to be burned down at 10 pm, followed by the big ones two hours later. The one located in the town hall square is the last one and it is preceded by spectacular fireworks.

The Fallas are today one of the most important festivity of Spain. Come and visit Valencia, the city has much to offer!